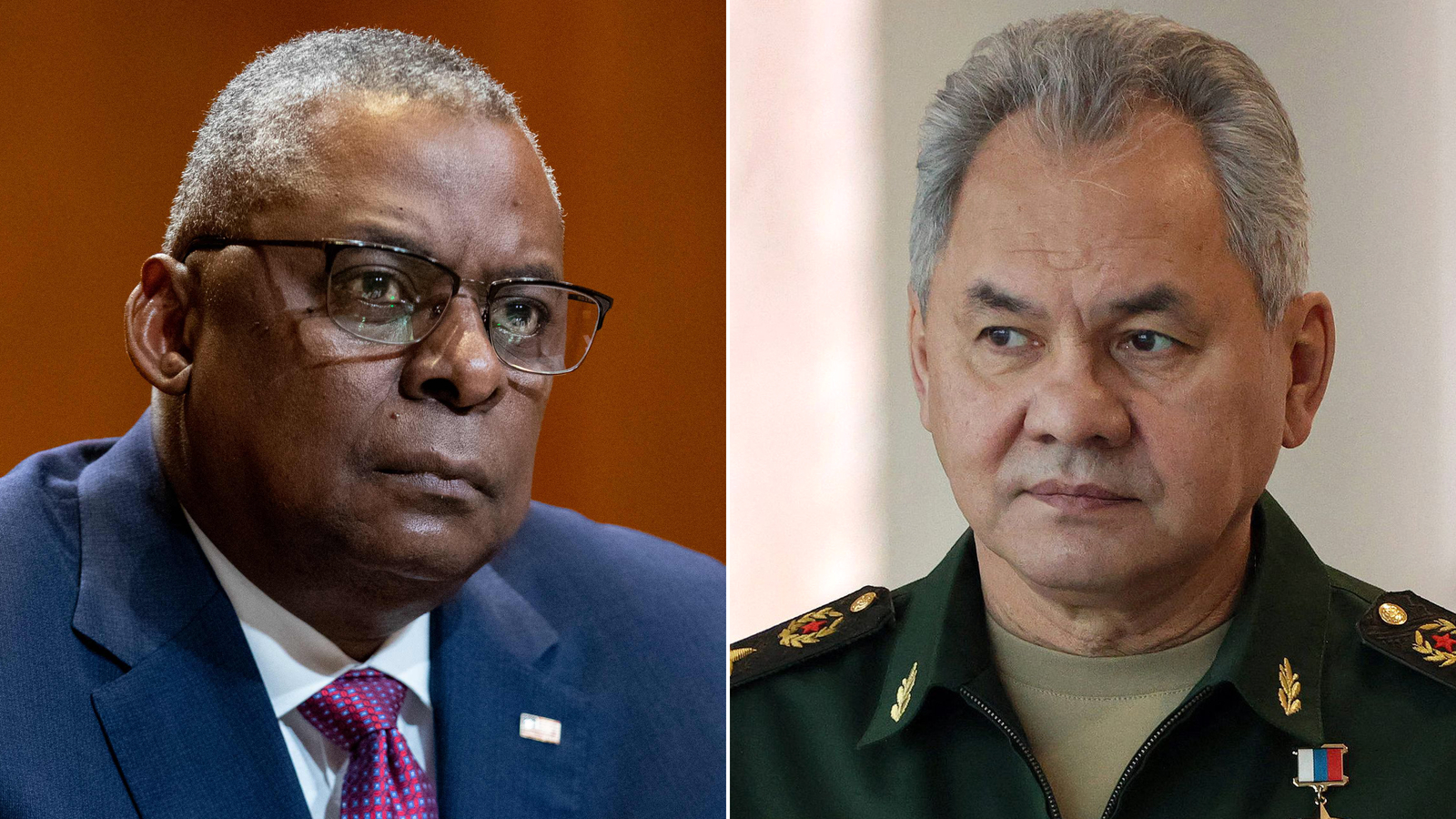 Ukrainian officials say there is a growing humanitarian crisis in the Russian-occupied region of Kherson in the south of the country, with hundreds of civilians trying to flee the area every day and Russian troops attacking villages.

Getting a true picture of what is happening in Kherson is difficult as the operations of Ukrainian telecom companies have been blocked and people are finding it harder to get in and out of the area.

Those who try to leave run considerable risks.

Oleksandr Vilkul, head of the military administration of Kryvyi Rih, said on Thursday that Russian artillery fired at a column of civilian vehicles trying to leave the town of Beryslav in Kherson. He said there were about 5,000 people in the convoy in total.

Vilkul said the Russians stopped about 1,000 vehicles and only started releasing them in the afternoon in batches of 200. They then shelled one of the columns as it passed through controlled territory. Ukrainian. Two people were injured, a woman and an 11-year-old boy. Both were taken to hospital in Kryvyi Rih, Vilkul said.

Yurii Sobolievskyi, first deputy chairman of the Kherson regional council, told Ukrainian television that in the city of Kherson there is a “humanitarian catastrophe”.

“Our hospitals are running out of fuel and medicine, and there is a food supply problem,” he said.

Food shortages and allegations of theft: Sobolievskyi said farmers and businesses were still trying to bring food to the city, and some volunteers were able to bring supplies from nearby areas.

There were also volunteers bringing food and medicine from Mykolaiv and Odessa. “That’s how we progress,” he said.

He said a number of civilians had to accept food from the Russians to survive.

The Russians “just want to create a vacuum in the Kherson region, create a humanitarian catastrophe, and then fill it with their humanitarian aid. If we had humanitarian corridors, they could not show that they are helping the population”.

Sobolievskyi also said that “the theft from our farmers continues”.

“They not only steal grain, but also material; they just take it out, then it floats to Crimea and the Russian Federation itself.” CNN reported that thousands of metric tons of grain and farming equipment worth millions of dollars were stolen from Kherson.

Services interrupted and violence documented: Serhii Khlan, a deputy from the Kherson regional council, said on Thursday that Russian forces were attacking villages and launching an intensive search, as well as a census of those who remained in certain areas.

Khlan also said that the Russians have indicated “that they will import teachers from Crimea because our teachers do not agree to work on Russian programs. Those few teachers who agree to work – we know them personally – and they will be held criminally responsible.”

Resistance status: Podolyak also said that “the resistance to the Russian invasion in southern Ukraine is very strong at all levels”.

But there has been less evidence of street protests in Kherson in recent weeks compared to their regular occurrence in March. On May 9, when the new Russian-backed administration held VE Day commemorations, no counter-protests were evident.

It is unclear whether this is due to the arrest of activists or the fact that so many people have left the area. Sobolievskyi said there was a great risk to the life and health of people taking to the streets and acknowledged that the protests were smaller. It may also be partly due to the fact that people cannot connect through Ukrainian mobile operators.

Ukrainian officials say the army is ‘winning some victories’ by destroying Russian ammunition depots and equipment in Kherson, but there has been little movement on the ground in recent weeks, and new Russian convoys have been seen in recent days crossing Kherson to the front. lines in the nearby town of Zaporizhzhia. Beyond taking the Luhansk and Donetsk regions, the Russians seem determined to separate Kherson from the rest of Ukraine.