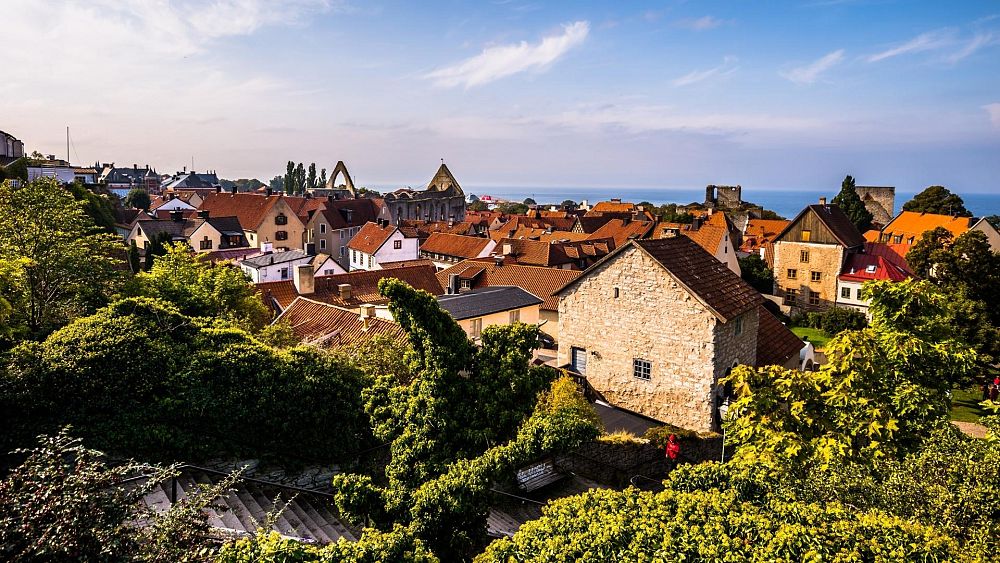 Known as a paradise island of untouched wilderness and sandy beaches, Gotland has long been a popular vacation spot for many Swedes.

Complete with Viking Age settlements and iconic rock formations, the 170 kilometer outcrop attracts over two million visitors every year to enjoy the calm and simplicity of island life.

But just over three decades ago, the vacation hotspot served a very different purpose.

Strategically located just 300 kilometers from the headquarters of the Russian Baltic Fleet, it played a key deterrent role against Soviet expansion.

And as tensions around Sweden’s proposed NATO application rise, the Scandinavian nation is once again rebuilding its military presence on Gotland.

“We need to build a bigger and better military capability due to the current situation.”

Sweden is expected to reveal in the coming days whether it will apply to join the NATO military alliance.

Finland said it would apply for NATO membership in the next few days.

Coming out in favor of membership is a historic development for both nations. Sweden avoided military alliances for more than 200 years, while Finland embraced neutrality after being defeated by the Soviet Union in World War II.

Earlier this week, Russia warned of serious consequences if either nation joined the alliance. But as Putin’s war in Ukraine continues, many Gotlanders are eager to defend their nation at all costs.

“People are a little worried, but we’re trying to keep everyone calm,” says Camilla Selander, a counter worker who joined the island’s Home Guard.

“We talk about what’s going on there, but we just think it’s going to be okay.”

In a forest near Visby, Camilla and her fellow volunteers fire shots from nine-millimeter pistols distributed during shooting practice. For now, the firing range remains the only active military site on Gotland, but memories of the island’s combative past are clear to all.

“We had machine gun and cannon defenses all around the island.”

Many of these artifacts are now on display in military museums, and the retired military personnel who curate the exhibits are well aware of Gotland’s strategic importance.

“Whoever sits on Gotland controls large parts of the Baltic Sea.”

Will Sweden and Finland join NATO?

While Sweden says it doesn’t believe Russia intends to attack Gotland, Putin’s invasion of Ukraine has forced the country to rethink its security policy.

Sweden and Finland are expected to decide very soon whether or not to apply for the 30-nation alliance. Finnish President Sauli Niinisto announced that his nation will applywhile Sweden’s ruling Social Democratic Party is expected to announce its decision later this week.

Watch the video above to learn more about the Swedish island paradise.