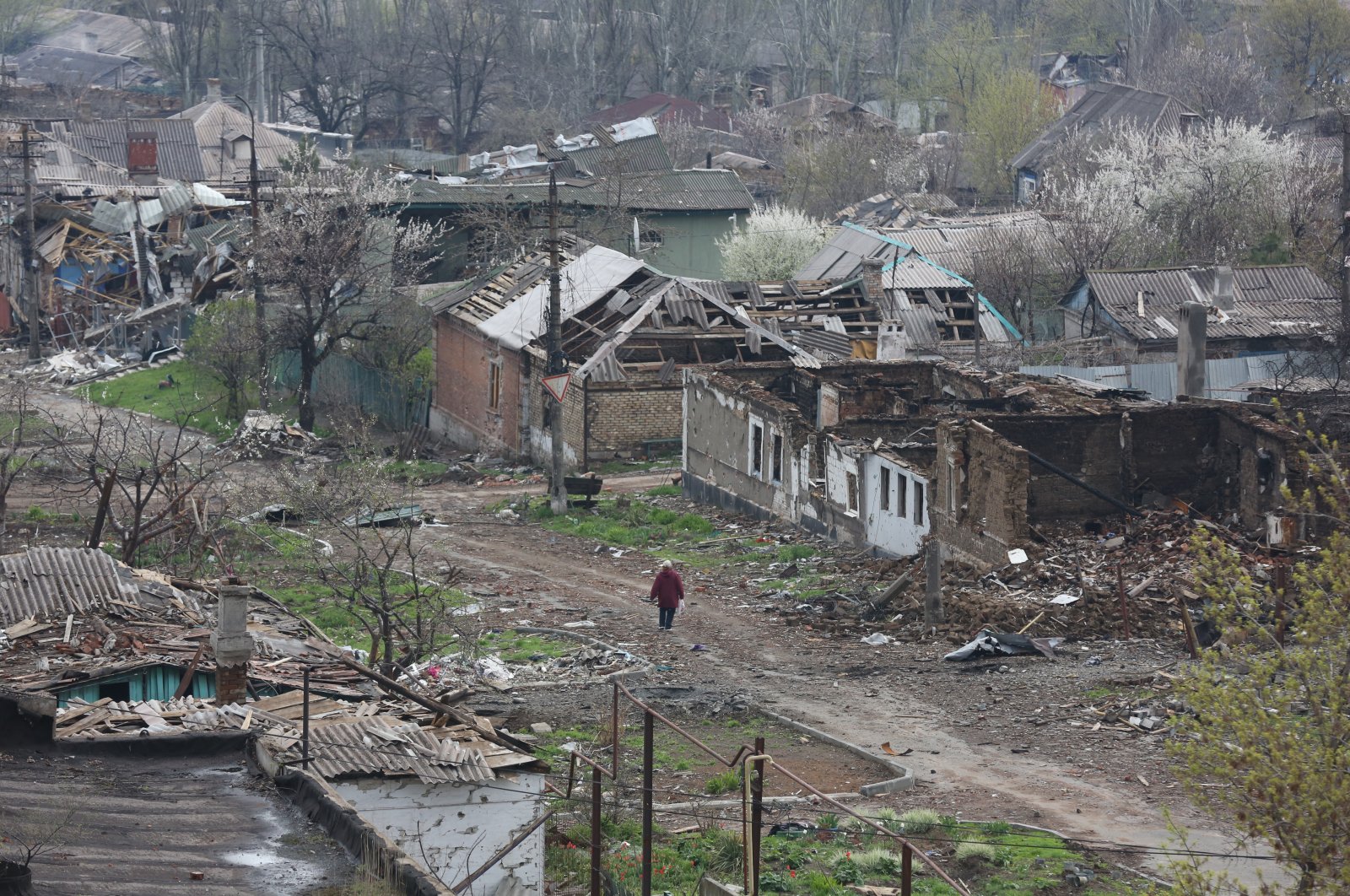 Ukraine’s military has inflicted severe damage on Russian armed forces, despite the fall of the key port city of Mariupol, President Volodymyr Zelenskyy said on Saturday.

Ukraine has “broken the backbone” of the Russian military, Zelenskyy said in a TV interview. “They won’t be able to get back on their feet in a few years,” he added.

His comments came after Mariupol’s last 2,400 fighters surrendered and were taken prisoner.

Kyiv will take it all back, he said emphatically, adding that Ukraine would see a return to the front lines before February 24, when Russia invaded, a victory.

“It will mean that they did not conquer us and that we defended our country,” he said, while noting that it would be very difficult and that diplomacy would follow.

Meanwhile, Zelenskyy also said Ukraine must become a full-fledged candidate to join the European Union, rather than being part of the kind of antechamber of the broader “European political community” proposed by the France.

“We don’t need alternatives to Ukraine’s request to join the EU, we don’t need such compromises,” Zelensky told reporters in Kyiv at a news conference. together with visiting Portuguese Prime Minister Antonio Costa.

On May 9, French President Emmanuel Macron angered Ukraine by suggesting that the country could take “decades” to become a full member of the EU and should instead aspire to join a “European political community”. , a sort of antechamber to the EU.

Among other things, Ukraine would have to meet rigorous governance standards, fight corruption and enforce the rule of law before it can be admitted to EU membership.

Russia invaded Ukraine in February, in part to thwart kyiv’s tilt toward integration with the EU and NATO.

But Zelenskyy insisted on Saturday that his country should be allowed to begin the process of full EU membership.

“Because, believe me, it will not be a compromise with Ukraine in Europe, it will be another compromise between Europe and Russia. I am absolutely sure of that,” he said.

“It is the political and diplomatic influence and pressure of Russian officials and lobbyists on the decision of a European country whether or not to support Ukraine,” he continued.

Macron’s “European Political Community” initiative will be debated at a European summit in late June. The French leader suggested that Britain, which left the EU after a referendum, could also join such a grouping.

But some European leaders have already criticized the idea.

“I have the impression that this is an attempt to cover up the obvious lack of political will to take decisive decisions on granting candidate status,” Lithuanian President Gitanas Nauseda said last week. .

“My preference is to build on the structures we already have that are working successfully, whether it’s the G-7 or NATO,” she said.

Keep up to date with what is happening in Turkey, in its region and in the world.