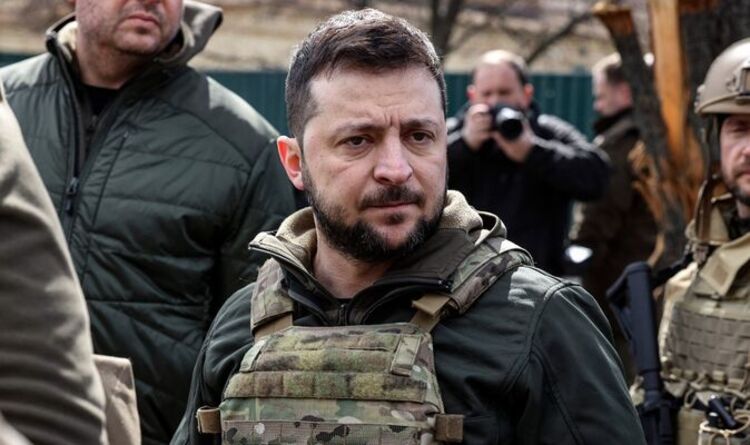 The Ukrainian president said that hundreds of thousands of citizens from the occupied regions had been deported to Russia. He told Channel 24: “They are put in special filtration camps, documents are confiscated and humiliated. The number of them killed is unknown.

It comes as Russian forces have focused their efforts on Mariupol in the south and the Donbass region in eastern Ukraine, after apparently abandoning attempts to seize the capital kyiv after fierce resistance.

A British defense intelligence summary released on Tuesday suggested fighting would intensify in eastern Ukraine over the next two to three weeks.

The Ministry of Defense said: “Russian attacks remain focused on Ukrainian positions near Donetsk and Luhansk with renewed fighting around Kherson and Mykolaiv and a further push towards Kramatorsk.

“Russian forces continue to withdraw from Belarus in order to redeploy in support of operations in eastern Ukraine.”

Western officials believe Russia wants to bring about the fall of Mariupol to release troops for the fight in the Donbass.

Vladimir Putin was forced to “significantly scale down” the plan in Ukraine, an official said.

There are suggestions that the Russian president wants to take the Donbass region before May 9 – when Moscow traditionally marks the Soviet Union’s World War II victory over Nazi Germany with military parades – in a bid to to claim victory for his so-called “special operation”.

Foreign Secretary Liz Truss said the UK was working urgently with partners to verify details of the attack.

Ms Truss said: “Any use of such weapons would be a ruthless escalation in this conflict and we will hold Putin and his regime to account.”

Mr Zelensky said the threat of the use of chemical weapons was taken “as seriously as possible”.