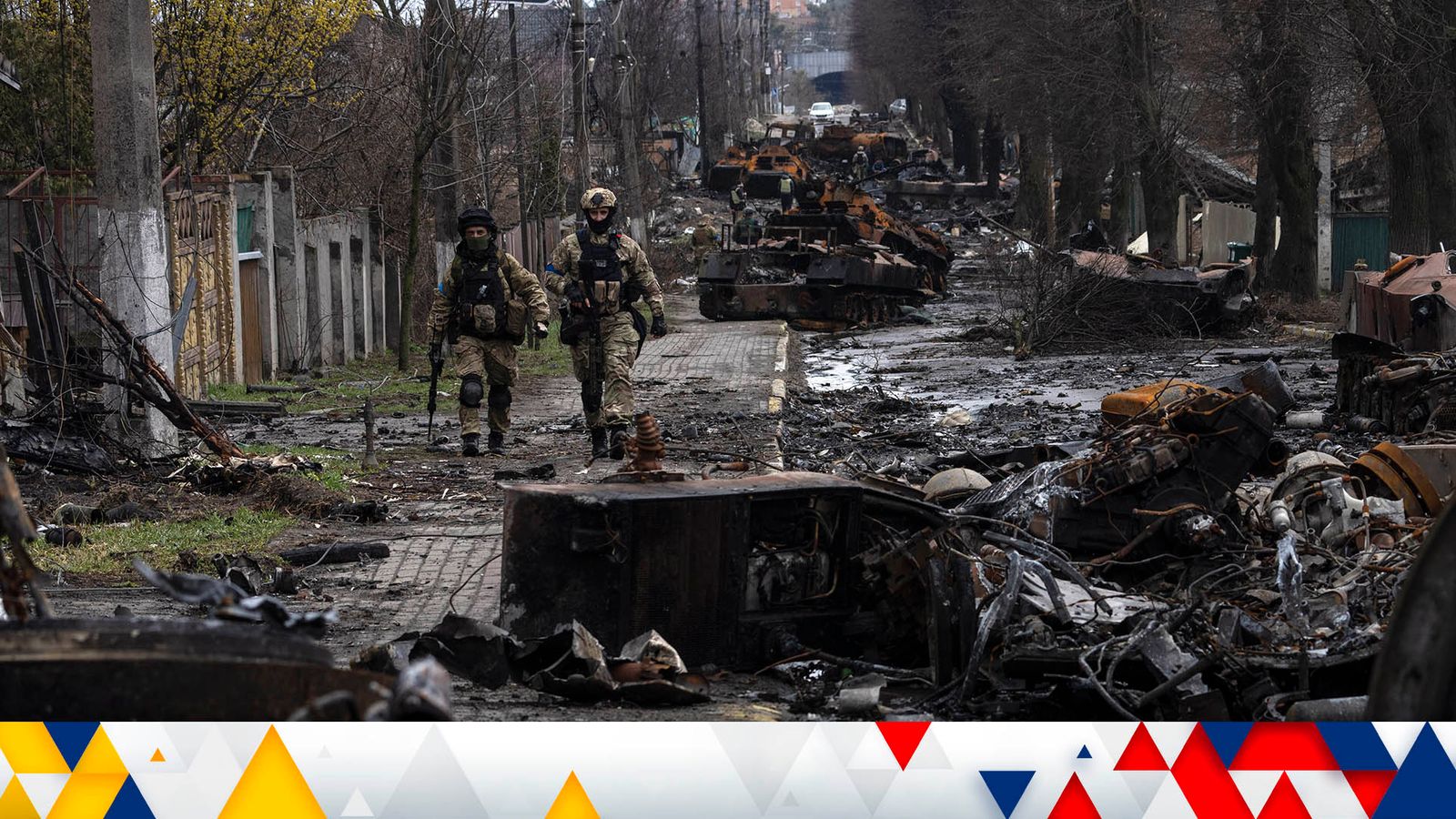 Russian soldiers have been accused of carrying out ‘genocide’ in the Ukrainian town of Bucha amid heartbreaking evidence of mass graves, torture and bodies lying in the streets as Kremlin forces retreated from kyiv.

Ukraine officials say some victims were shot in the head with their hands tied behind their backs and there was international outrage and war crimes allegations leveled against the Kremlin.

Once a popular suburban town about 16 miles from the capital, Bucha has been ravaged through fierce fighting before being liberated by Ukrainian forces during the weekend.

There was an international outcry over the scenes of death and destruction revealed over the weekend as Ukrainian forces moved away from Kyiv and liberated surrounding towns.

Footage emerged on Sunday of Ukrainian civilians lying in the streets of Bucha, with witnesses claiming the victims were killed by Russian forces without any apparent provocation – claims Moscow has denied.

Bucha Mayor Anatoliy Fedoruk said more than 300 residents were killed, while Ukrainian prosecutors said they found 410 bodies in towns near the capital.

Some of the victims had their hands tied and were shot in the back of the neck, Ukrainian authorities said.

A Bucha resident said Russian troops were going from building to building and pulling people out of basements where they were hiding.

He said the soldiers checked their phones for evidence of anti-Russian activity and either took them away or shot them.

He said: “The killers, the executioners, the rapists, the marauders who call themselves an army – and who only deserve death after what they have done.”

The Russian Defense Ministry has dismissed accusations of atrocities against civilians in Bucha and other Kyiv suburbs.

Moscow will push for a meeting of the UN Security Council to discuss what it called “Ukrainian provocations” at Bucha.

The war crimes allegations come as Russian forces continue to ‘consolidate and reorganize’ their efforts as they refocus their offensive on the Donbas region in eastern Ukraine, where they are joined by Wagner mercenaries , according to the UK Ministry of Defence.

Meanwhile, British Foreign Secretary Liz Truss will travel to Poland on Monday to demand tougher sanctions against Russia as Western countries work together to increase economic pressure on the Kremlin.

In a post on Twitter, Prime Minister Boris Johnson said: “All the tanks and weapons in Vladimir Putin’s arsenal will never break the spirit of the Ukrainian people or conquer their homeland.”

“Britain will never hesitate to support our friends,” he added.

It comes as the British leader seeks to galvanize a tougher response from Western allies, including NATO members, against Russia.