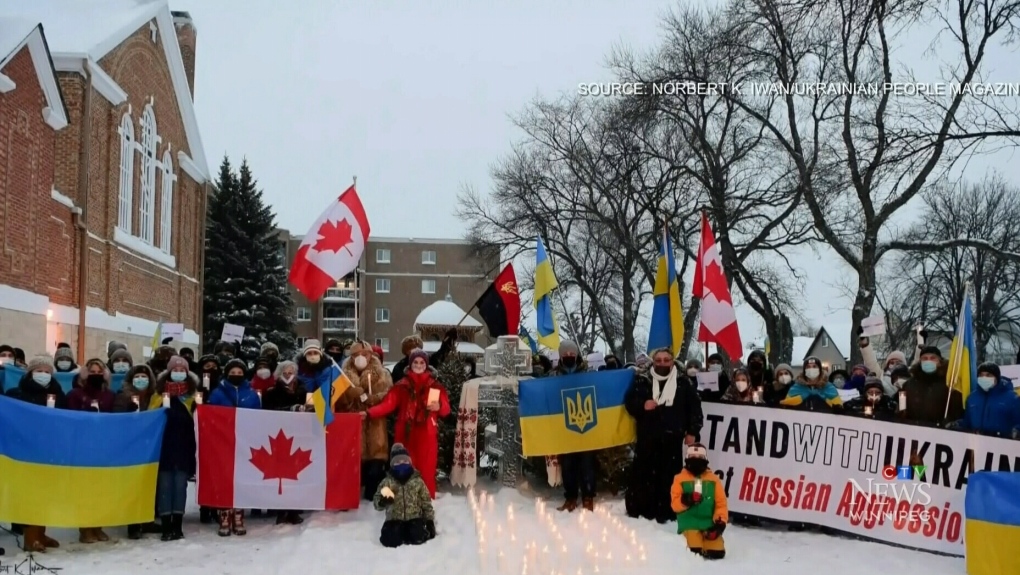 Tensions in Eastern Europe remain high over the threat of a Russian invasion of Ukraine.

The situation is hitting home with many members of Manitoba’s Ukrainian community, who are watching developments abroad closely.

Dmytro Malyk, a volunteer with the Manitoba Chapter of the Ukrainian Canadian Congress, has been in contact with his parents and relatives who still live in the country.

Malyk said his family sees the Russian military presence along the border as a new wave of escalation amid the ongoing dispute over Russia’s annexation of the Crimean peninsula in 2014 – the same year Malyk said. immigrated to Winnipeg.

He said economic and political sanctions against Russia were not working but remained hopeful that diplomacy would prevail.

“What we hear in the news is the concerns, the risks are even higher – that the risk of invasion seems inevitable, however, I still believe it can be avoided,” Malyk said.

Russia wants to prevent Ukraine from joining NATO but has denied plans to invade.

The Ukrainian Canadian Congress held a small outdoor rally on Sunday in Winnipeg to show support and solidarity with Ukraine and to call on Canada and the international community to provide more assistance.

Yevgeniya Tatarenko was among those present. She lived in Morden, Man. for five and a half years, but tensions abroad are hitting far too close to home.

“My mother lives a few hundred kilometers from the frontline,” Tatarenko said.

She said her mother didn’t know what to do, but was considering leaving the country in the worst case scenario.

“But I think most Ukrainians know that they are no longer afraid, so they are worried but they are not panicking,” she said.

The Mennonite Central Committee (MCC) is also monitoring the situation closely, according to Annie Loewen, the organization’s acting director of disaster response.

Loewen said MCC already has personnel providing humanitarian assistance stemming from the ongoing conflict with Russia since 2014 and is ready to step in with more help if needed.

“Certainly, if things deteriorate in the regions, we will try to support as many people as possible with continued assistance,” Loewen said.

But many in Winnipeg still hope that any further conflict can be avoided.

Canada’s role in protecting Ukraine will be the focus of a virtual town hall on Tuesday evening featuring Chrystia Freeland, Deputy Prime Minister of Canada, and members of the Ukrainian Canadian Congress who will also be participating.

More information and registrations at the town hall are available in line.