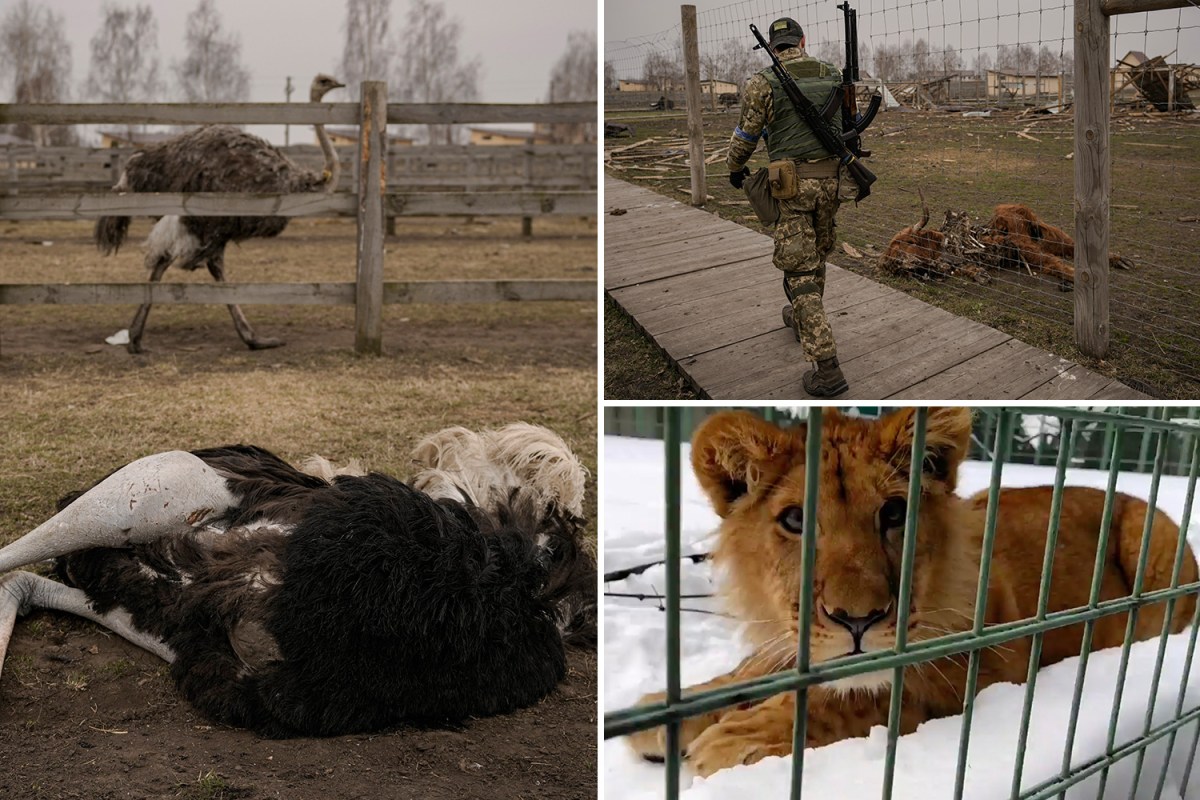 A UKRAINIAN zoo is to cull thousands of its animals after volunteers were forced to flee Russian shelling.

The Feldman Ecopark in Kharkiv said its larger animals – including bears and lions – had to be destroyed because there was no way to bring them to safety.

Park founder and local MP Oleksandr Feldman said the creatures could escape because their enclosures were damaged.

“There is no more Ecopark,” he said.

“After yesterday’s shelling, I can say that the park was almost completely destroyed.

“The animal cages were destroyed, all the infrastructure was destroyed, but the tigers and lions miraculously survived. 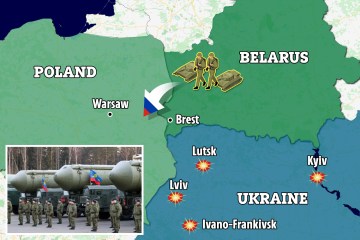 “Their cages have been badly damaged and they can come out at any time.”

The bear enclosure is particularly damaged and he only has a few hours to decide if the creatures can be saved.

However, time is running out, all adult animals are “at risk of being culled” as there is no hope of re-homing them, he said.

In total, there are over 6,000 animals at the attraction.

Meanwhile, heartbreaking photos from the Yasnogorodka family ostrich farm and ecopark in a village on the outskirts of kyiv show animals starving to death.

Others were eaten alive by desperate stray dogs, while several appear to have been shot by Russian troops in target practice.

The surviving creatures show signs of severe malnutrition and stress.

Chilling footage shows ponies collapsing while being loaded onto trucks.

One volunteer, Vitaly Mukhanov, took to Facebook to share his horror after stumbling across the site while delivering supplies to Ukrainian soldiers.

“You can see from the pictures that the animals were in a very bad condition,” he said.

His photographs show extensive damage to the zoo itself, likely caused by bombing.

Animals including camels and ostriches were left to starve in the horror.

Vitaly later told ABC News, “You could tell a lot of the animals had starved to death.

“The nearby town was liberated from the Russians two days ago, so the owner is now returning to the zoo and they hope to evacuate the animals in the next few days.”

However, the creature rescue attempt can now be abandoned.

Akim Akimenko, the owner of Yasnohorodka Eco Park, told local media MyKiev: “Our [zoo] is almost destroyed and the situation in Yasnohorodka is very difficult.

“There are sustained fights.

“Therefore, we have great difficulty in feeding and keeping the animals.

“We are trying to evacuate animals and are asking anyone who cares about animals to help us organize an evacuation corridor.”