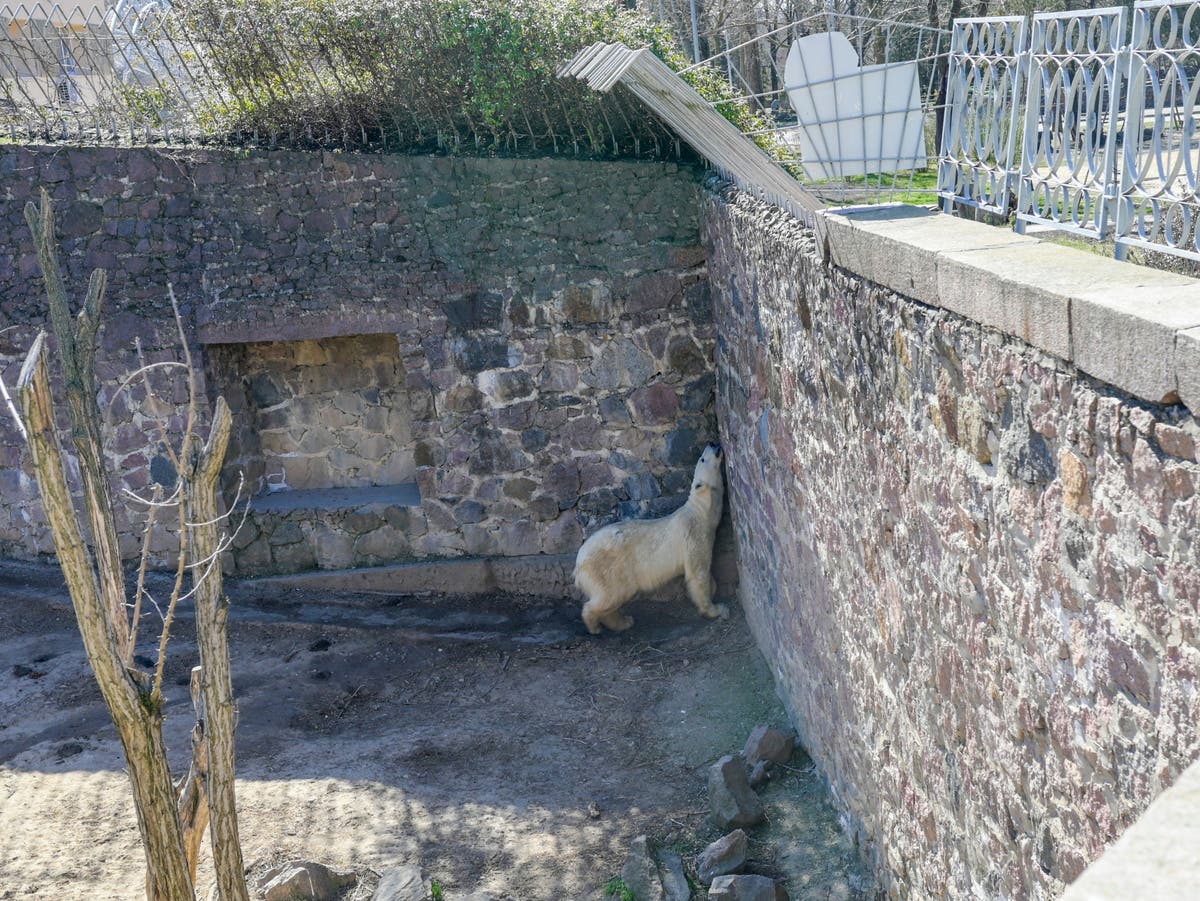 Animals in zoos and parks face starvation as Russia prolongs its attack on Ukraine, according to the country’s conservationists.

The fighting and destruction have devastated areas near besieged Mariupol and Odessa on the southern coast, where several wildlife reserves and attractions are struggling to keep their animals alive.

Continuous shelling and shelling destroyed the usual meat deliveries for the animals, and the lives of staff were turned upside down in one of the country’s worst war zones. Parks and reserves also all lost revenue from visitors.

The Ukrainian Nature Conservation Group says the delivery of animal feed is “impossible or extremely limited” to the Askania-Nova reserve, which is home to nearly 4,000 animals, including ostriches, emus, rhinos, bison, wild horses, llamas and the largest herd in the world. of critically endangered saiga antelopes.

The manager of the Mykolaiv zoo, not far from there and which has been repeatedly hit by Russian bombardments, claims that they lack the money to feed their 4,000 animals; including giraffes, hippos, polar bears, elephants, tigers and the Amur leopard, the rarest subspecies of the big cat.

The organization also says the Yelanetsky Steppe reserve, just north of Mykolaiv, needs food for 28 species of mammals, including bison, red fox, roe deer and wild boar. However, the most urgent need is to rebuild a huge fence that has been repeatedly breached by Russian tanks.

“If the animals flee, their fate is sealed; they will be broke in the war,” Animal Survival said.

“Grazing bison are extremely important to the reserve’s ecosystem, as they protect it from encroachment by invasive alien plants.”

He said the Ukrainian Nature Conservation Group managed to reach Yelanetsky, in an area where troops repelled the Russian attackers.

The Feldman Ecopark zoo in Ukraine’s second city, Kharkiv, was damaged in the fighting, but kangaroos were rescued during an emergency evacuation.

Three staff and animals, including orangutans, were reportedly killed there in Russian attacks.

A zoo near kyiv has asked for a humanitarian corridor to save the animals because the owner said some had started to die of starvation and cold as food, electricity and gas supplies ran out.

Last week, the Park XII Months zoo asked for help to rescue the animals or for volunteers to bring food to those who are difficult to transport.

Seven bears were taken from the White Rock Shelter wildlife sanctuary near kyiv and taken to the Domazhyr sanctuary run by Four Paws in western Ukraine. Three were then taken to Germany where carers planned to house them permanently.

Environmentalists say the shaking and loud explosions are extremely stressful for captive animals.

Animal Survival International said the extent of the habitat destruction and the effect on wildlife in the area is unknown so far, but added: “Once the war is over we will be there to help the free fauna of Ukraine, including otters, wolves, elk. , deer and wild cats, who must suffer terribly as the Russian tanks devastate their homes.

The Independent has a proud history of campaigning for the rights of the most vulnerable, and we launched our first campaign to welcome refugees during the war in Syria in 2015. Today, as we renew our campaign and launch this petition to Following the unfolding crisis in Ukraine, we are asking the government to go further and faster to ensure the delivery of aid. To learn more about our Welcome to Refugees campaign, Click here. To sign the petition Click here. If you would like to donate, please Click here for our GoFundMe page.