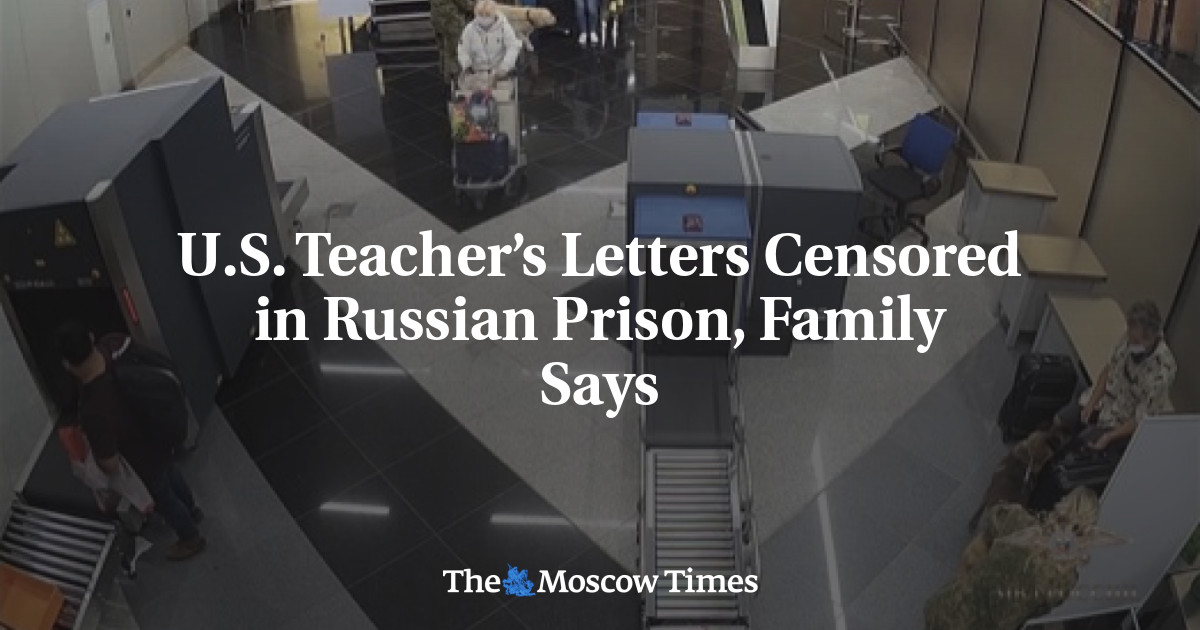 An American teacher imprisoned for drug trafficking in Russia is prevented from communicating freely with his family, his family told CNN on Wednesday.

Marc Fogel, 61, was convicted last month of large-scale drug acquisition, manufacture, smuggling and possession and sentenced to 14 years in a maximum-security penal colony. Fogel’s family says he was carrying cannabis for medical reasons to treat chronic back pain.

He was arrested going through customs at a Moscow airport in August 2021, when 11 grams of marijuana and eight grams of hash oil were allegedly found in his luggage.

Fogel’s sister, Anne Fogel, said no one had heard his voice since his detention and had only received letters in Russian translated by his cellmates.

“Everything goes through censorship. It’s heartbreaking,” she told CNN.

“He says what he wants in English, someone translates for him, one of his cellmates, and depending on how good their English is, that’s the accuracy of the picture we get of what is happening,” Fogel added.

“It’s very complicated and it’s incredibly worrying because we can’t really have an honest conversation.”

Fogel’s family is now pushing the US State Department to declare him wrongfully detained, a designation applied to basketball star Brittney Griner, who is on trial on similar drug charges in Moscow.

“We are still weighing these developments against the criteria for determining whether an American is wrongfully detained or not,” State Department spokesman Ned Price said, adding that the agency continues to learn more about the circumstances of his detention.

Fogel had worked at the US Embassy in Moscow until May 2021, according to Russian authorities. He then apparently took a teaching job at the Anglo-American School in Moscow.

“He is a person who has served the American diplomatic community in schools around the world for most of his career,” Anne Fogel told CNN. “I need my president and my first lady to defend him. He needs to come home.

Fogel is among several Americans currently being held in Russian prisons amid bilateral tensions, among whom Griner and former U.S. Marine Paul Whelan are the most prominent.

Another ex-Marine, Trevor Reed, was traded in April for Russian pilot Konstantin Yaroshenko, who was convicted in the United States of drug trafficking.