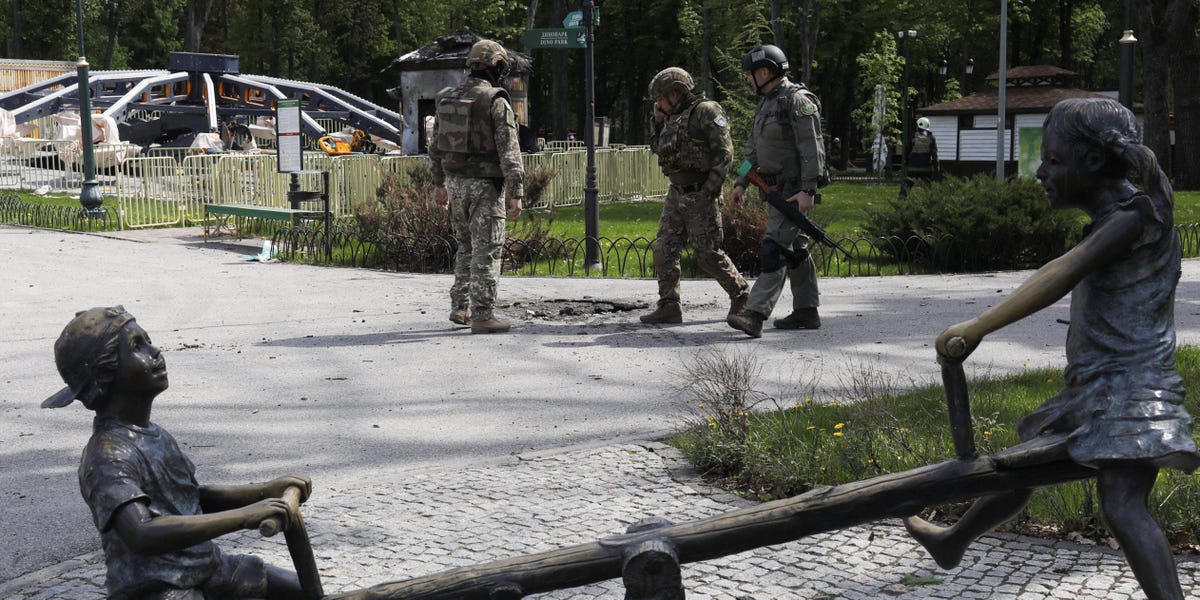 The images were released by Reuters on Wednesday, which reported that Soviet-developed GRAD rockets were used in the attack. GRAD rockets are typically fired from a truck-mounted launcher.

Ukrainian state emergency services on Tuesday reported a fire in a park in central Kharkiv, which had been shelled by Russian forces, the outlet reported.

The park is known as Maxim Gorky Central Park for Culture and Recreation, Reuters reported, identifying the location through buildings, paths, attractions and benches.

A woman was injured by shrapnel from the attack, the SES added, according to Reuters.

It is not immediately clear why Russian forces bombed the amusement park, or whether the park had been the intended target. Moscow has denied hitting civilian targets, although there have been numerous reports of such instances.

The war in Ukraine entered its 70th day on Wednesday as Russian troops continue to attempt to penetrate further into the country through the Donbass region.