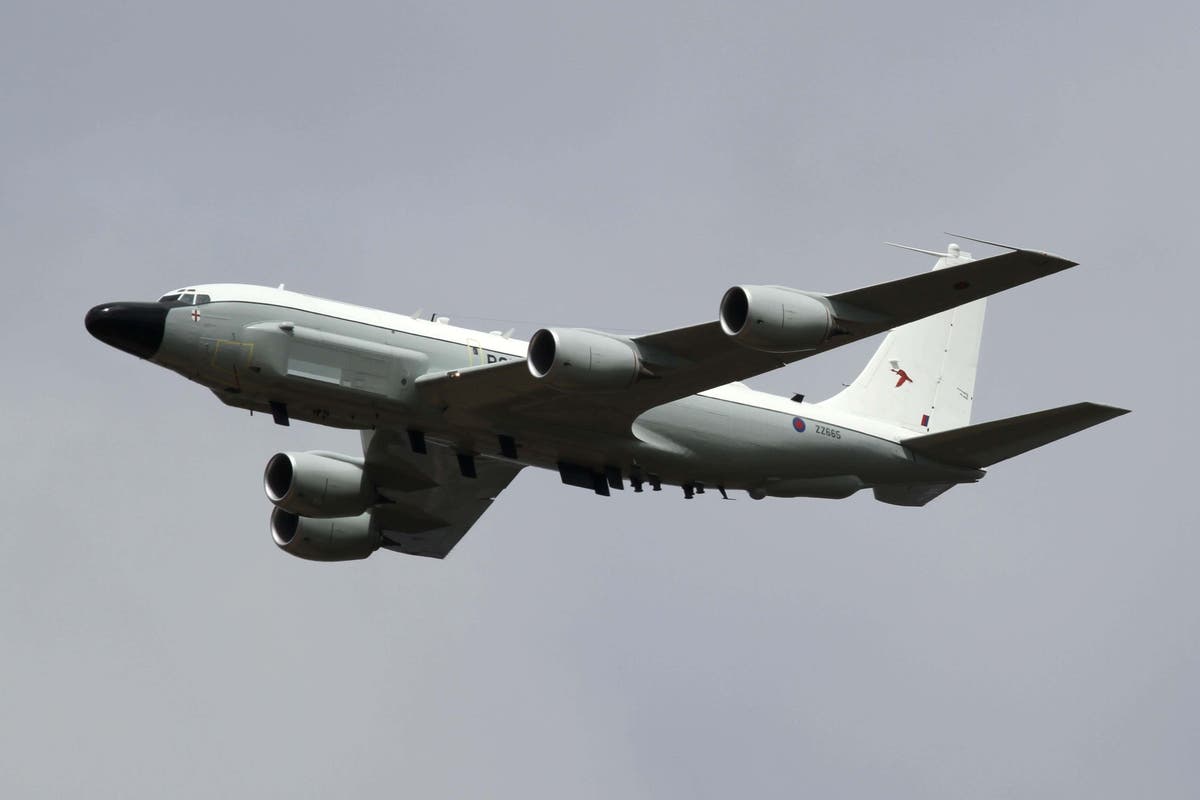 The Defense Secretary has revealed that a Russian fighter jet recently “released a missile” near an RAF plane over the Black Sea.

Ben Wallace told the Commons the incident happened in “international airspace over the Black Sea” on September 29.

He added that an “unarmed RAF RC-135 Rivet Joint” – a spy plane – was “interacted with” by two Russian SU-27s, one of which “launched a missile near the RAF Rivet Joint at the beyond visual range.

The Commons heard the Russians blamed the incident on a “technical malfunction”.

In a statement briefing MPs on the war in Ukraine, Mr Wallace said: ‘I would also like to share with the House the details of a recent incident in international airspace over the Black Sea.

“On September 29, an unarmed RAF RC-135 Rivet Joint, a civilian type aircraft, on routine patrol over the Black Sea, interacted with two armed Russian SU-27 fighter aircraft. It is not uncommon for planes to be tailed and this day was no different.

“During this interaction, however, one of the SU-27 aircraft appeared to drop a missile in the vicinity of the RAF Rivet Joint beyond visual range.

“The total duration of the interaction between the Russian aircraft and the Rivet Joint was approximately 90 minutes.

“The patrol is over and the plane has returned to base.”

He added: “In light of this potentially dangerous engagement, I have communicated my concerns directly to my Russian counterpart, Defense Minister (Sergei) Shoigu, and to the Chief of the Defense Staff in Moscow.

“In my letter, I specified that the aircraft was unarmed, in international airspace and following a pre-notified flight path.

“I felt it was prudent to suspend these patrols until a response is received from the Russian state.

“The response of the Russian Defense Minister on October 10 indicates that they have conducted an investigation into the circumstances of the incident and that it is a technical malfunction of the SU-27 fighter.

“They also acknowledge that the incident occurred in international airspace.”

Concluding his report on the incident, the Cabinet Minister said: “The UK Ministry of Defense has shared this information with allies and, after consultation, I have restarted routine patrols, but this time escorted by aircraft of hunting.

“Everything we do is considered and calibrated to the ongoing conflict in the region and in accordance with international law.

Mr Wallace suggested the Black Sea incident shows the Russian military “isn’t beyond miscalculating or deciding the rules don’t apply to them”.

Shadow Defense Minister Luke Pollard thanked the Defense Secretary, who is also MP for Wyre and Preston North in Lancashire, for his “calmness and professionalism” amid “a lot of government chaos”.

Meanwhile, Foreign Secretary James Cleverly announced sanctions against Iranian individuals and companies linked to the supply of suicide drones that have been used by Russia to terrorize Ukrainian cities.

“Today we sanction those who provided the drones used by Russia to target Ukrainian civilians. This is clear evidence of Iran’s destabilizing role in global security.

“These cowardly drone strikes are an act of desperation. By allowing these strikes, these individuals and a manufacturer have caused untold suffering to the Ukrainian people.

“We will ensure that they are held accountable for their actions.”

Three senior army officers have been hit with an asset freeze and travel bans while Shahed Aviation Industries, the maker of the drones, will face an asset freeze.