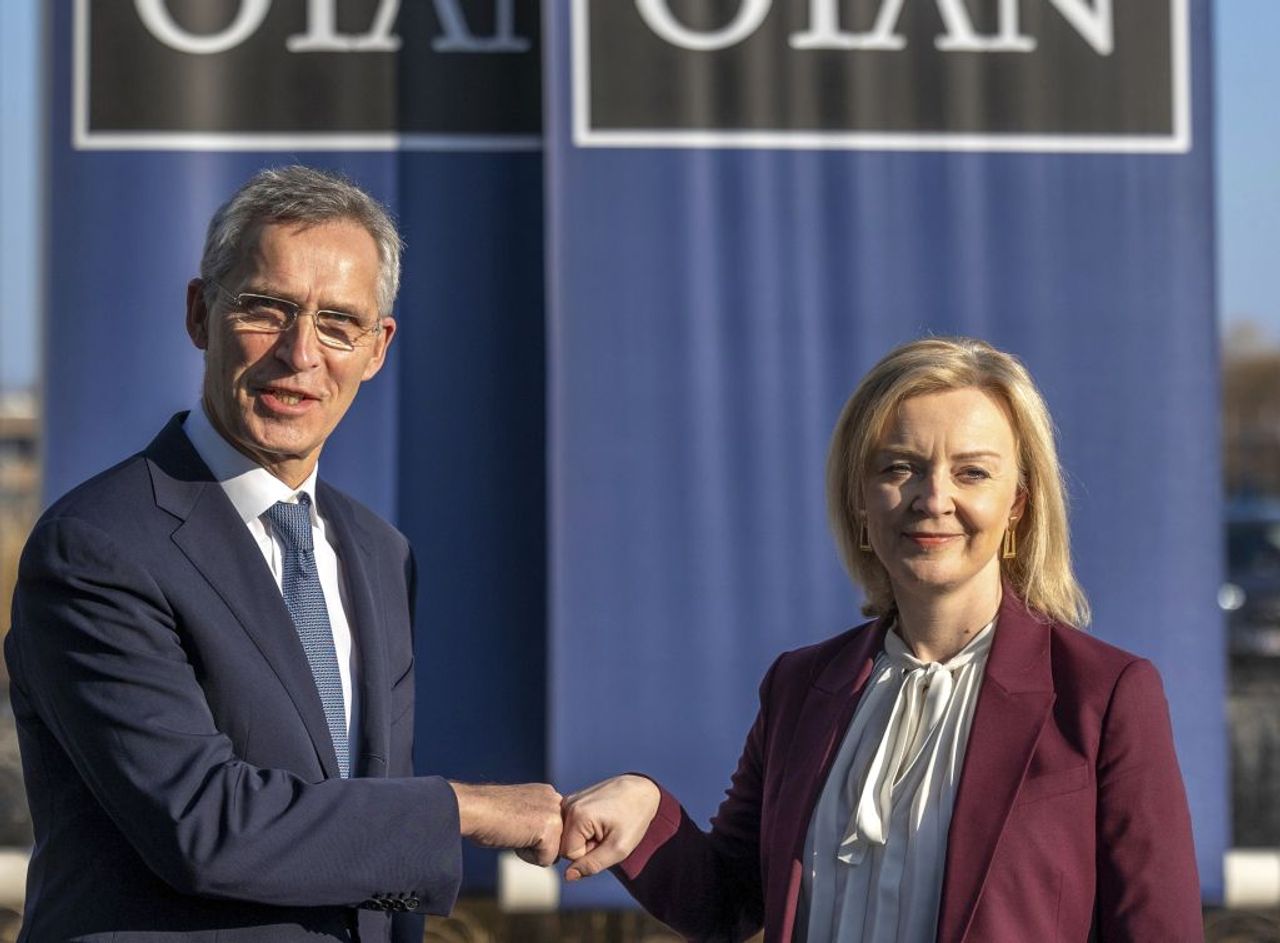 Boris Johnson’s Conservative government has announced it will impose sanctions, including travel bans and asset freezes, on oligarchs and key supporters of President Vladimir Putin if Russia invades Ukraine.

Britain is playing a key role in the US-NATO war campaign against Russia, supplying arms to Ukraine, along with 100 elite SAS personnel, and doubling its military presence in Eastern Europe. But Washington demanded more: financial sanctions as part of the provocations against Russia.

Speaking in the House of Commons last Monday, Foreign Secretary Liz Truss said the new legislation, which is expected to be passed by February 10 using emergency procedures, would be “the sanctions regime the harsher than we have ever had against Russia”. This would give the government “the power to sanction a wider range of individuals and companies”, likely to include banks and energy companies, and allow the UK to “target anyone providing strategic support close to Vladimir Poutine”. She added: “Nothing is on the table and there will be nowhere to hide.”

Declining to name individual Russians at risk of punishment, Truss said the aim was to create maximum anxiety among Putin supporters. The government would also release its long-delayed review into how more than 700 wealthy Russians who had obtained Tier 1 visas allowing them to live in the UK had acquired their wealth. The investigation was ordered in 2018 following the poisoning of Sergei Skripal, a former Russian military officer and British intelligence agent, and his daughter, Yulia Skripal. The British government accused Russia of attempting to assassinate the Skripals in Salisbury using a Novichok nerve agent.

The new powers would allow Britain to act “closely with the United States and other allies to freeze assets and ban travel” if Russian forces invade Ukraine. The United States has threatened to cut foreign loans, sales of sovereign bonds, technologies for Russia’s critical industries and assets of Putin’s inner circle and to hit the country’s largest state banks as well as the government’s Russian Direct Investment Fund, which would have a direct impact on the ability of Russian companies to finance their activities.

The UK’s pledge to apply sanctions follows weeks of complaints from the Biden administration that no economic measures against Russia will be effective as long as London remains an attractive location for Russian money, a reference to London’s reputation as the world’s leading center for money laundering.

the Time reported that, according to his diplomatic sources, US State Department officials had expressed “dismay and frustration” at the UK government’s failure to take strong action against the flow of Russian funds, particularly to ” Londongrad”. “The fear is that Russian money is so entrenched in London now that the opportunity to use it as leverage against Putin could be lost,” his source in Washington said. “Biden is talking about sanctioning Putin himself but that can only be symbolic. Putin does not hold his money abroad; it’s all in the name of the kleptocrats and much of it is in homes in Knightsbridge and Belgravia under your government’s noses.

The United States is writing a check that will cost its imperialist ally dearly. Some of London’s wealthiest areas, like Belgravia, are full of empty mansions of Russian millionaires and billionaires. Well-known oligarchs such as Chelsea football club owner Roman Abramovich, aluminum tycoon Oleg Deripaska and Vladimir Yakunin, a former neighbor of the Russian president and former boss of Russian Railways, have homes in London. Some, like Eugene Shvidler, Alexander Knaster, Konstantin Kagalovsky and Abram Reznikov, are expatriates with majority stakes in major European companies.

London’s main draw for Russian kleptocrats is equally attractive to their Ukrainian counterparts and other global investors – Britain’s infamous ‘lightweight regulation’ greenlighting financial scam, selling misuse of financial instruments, money laundering, manipulation of interest rates and exchange rates. and tax evasion through the use of trusts and blind trusts in offshore tax havens.

In 2018, the government estimated that £100bn of “dirty money” flowed into Britain from countries like Russia. In 2020, the House of Commons Intelligence and Security Committee (ISC) said the City of London provided “ideal mechanisms” to recycle illicit funding and had become a “laundry” for offshore wealth.

While the government has used sanctions to target Russians abroad – some 180 Russians and 48 legal entities are subject to British sanctions, mainly in relation to the destabilization of Ukraine – it has not done much -thing to investigate and sanction illicit Russian money on British shores. This is despite the establishment of the Office of Financial Sanctions Implementation (OFSI) in 2016, with a stated mission to crack down on corruption and dirty money flowing into the City of London. Since then, he has only managed to impose six fines totaling £20.7million, despite reported breaches totaling £1billion in 2019-20 alone. Legislation passed in 2017 giving courts the power to issue “unexplained wealth orders” requiring investors suspected of overseas corruption and criminality to explain the source of their money has not been more effective.

Launching sanctions against some Russian oligarchs could have a wider and undesirable impact. If investors in the Middle East and elsewhere see that their assets may be at risk at Washington’s behest, then London immediately becomes a less attractive place to invest. Kremlin spokesman Dmitry Peskov called Truss’s measures an “extremely alarming” development that “undermines the attractiveness of investment and the attractiveness of the UK as such”.

The close ties between the Conservative Party and Kremlin-linked donors are no less factored into the government’s reluctance to clean up the city’s Augean stables. According to Timeseveral senior Conservative MPs, eight junior ministers and six cabinet members, including Chancellor Rishi Sunak and Alok Sharma, have received donations, either personally or through their constituency parties, from individuals or companies linked to Russia.

Truss’s comment that nothing was on the table was intended to show the Biden administration that the government was considering other measures, including reforms to Companies House, a registry of properties owned by foreign citizens and a public register of beneficial owners in the British Overseas Territories which serve as tax havens. An economic crime bill containing such measures is unlikely to be introduced, however, given longstanding opposition from the City of London and the Persian Gulf petro-monarchs.

This is clearly not enough for the Biden administration, which is pushing for the immediate implementation of sanctions. US imperialism intends to use threats of war against Russia as a stick to beat its European allies, forcing them to conform to its broader economic and financial demands. In Britain’s case, the crisis provides Washington with the pretext to further reduce London’s role as an international financial center in favor of New York, amid changes in European Union banking regulations that undermine UK banks’ business lending.

It comes after US officials threatened to withdraw approval for the recently completed Russian gas pipeline, Nord Stream 2, a move backed by Britain. The project would supply Russian natural gas directly to Germany, which relies entirely on imported fuel to power its electricity grid, and beyond. Washington also called on France to apply sanctions against Russia. There have been warnings that Russia could retaliate by cutting oil and natural gas exports to Europe, creating massive shortages and driving up prices.

The only institution where there is an unqualified will to conform to Washington’s dictates is the Labor Party. Anxious to demonstrate its credentials to US imperialism, the party which declared itself “intensely relaxed towards people who become very rich” adopted a pose of indignation towards the Russian oligarchs. Shadow Foreign Secretary David Lammy has insisted that the ‘dirty Russian money’ swirling in British society and the Conservative Party should be fired to quell Moscow’s influence in the UK and send a message to Russia amid the crisis in Ukraine.

After three decades of wars led by the United States, the outbreak of a third world war, which would be fought with nuclear weapons, is an imminent and concrete danger.