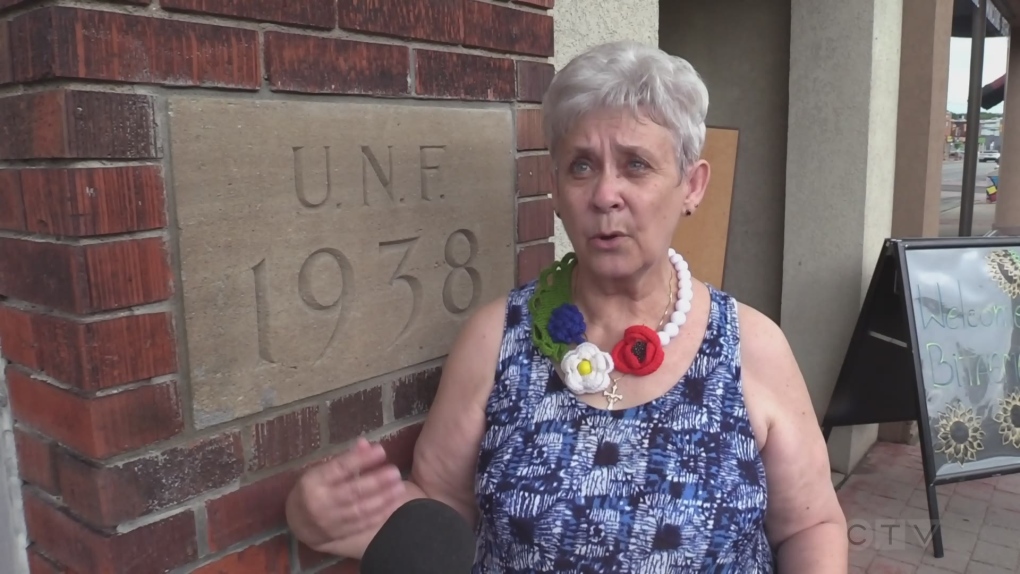 Leisha Nazarewich and Carol Guimond of the Windsor branch of the Ukrainian National Federation caught the attention of Russian officials.

“He (Russian President Vladimir Putin) didn’t send us a registered letter saying we were on the list,” said Leisha Nazarewich, president of the local Ukrainian National Federation. Their names appear on a list of Canadian nationals sanctioned by the country.

“When I got to talk about it I thought wow what an honor,” Nazarewich said. “I joined the top flight and obviously we’re doing something here at Windsor.”

Carol Guimond agrees. “As presidents of the local Ukrainian federations, we just thought we needed to let the people of Windsor know what was going on and how they could help.”

The ladies are not planning a trip to Russia in the near future, but they do plan to continue helping Ukrainian refugees settle here in Essex County. A fundraising and hospitality gathering was held at the Federation’s Ottawa Street branch on Sunday to help celebrate Ukraine’s upcoming Independence Day. “It’s a great opportunity for new refugees to meet other refugees and meet other people from the Ukrainian community and the community in general,” Guimond said.

Members of the community, including Windsor Essex County District School Board Community Ambassador Rama Musharbash-Kovacsi, visited the center with a friend to show their support. “Some of them are enrolled in our schools, so we’re here to support them through the process, put them at ease by making sure they know school is a safe place for them and their children.”

Slava Lykhoshvai is one of the many people grateful for being able to feel safe. “Eight thousand kilometers from Ukraine and it’s still a small island of Ukrainian culture here. It’s really nice. It reminds me of home.”

The 17-year-old fled his country and arrived in Essex County in April. Guimond says the flow of refugees coming to Windsor has slowed recently, but there is a lot of work going on to help those who are already here.

Guimond estimates that about 110 families, or nearly a thousand Ukrainians, now call Windsor-Essex home. Those we spoke to today are grateful for the kindness and support they have shown from the community.

“Neighbors help a lot. It’s nice to be here,” Alona Iievlieva said before a performance featuring Ukrainian dancers. “I feel lucky. There are a lot of nice people around me.”

“We couldn’t get by without them,” said Tetiana Pimkina, who arrived in Canada in June with her six-year-old son. “We are grateful for everything they do for us. It’s like a miracle.”