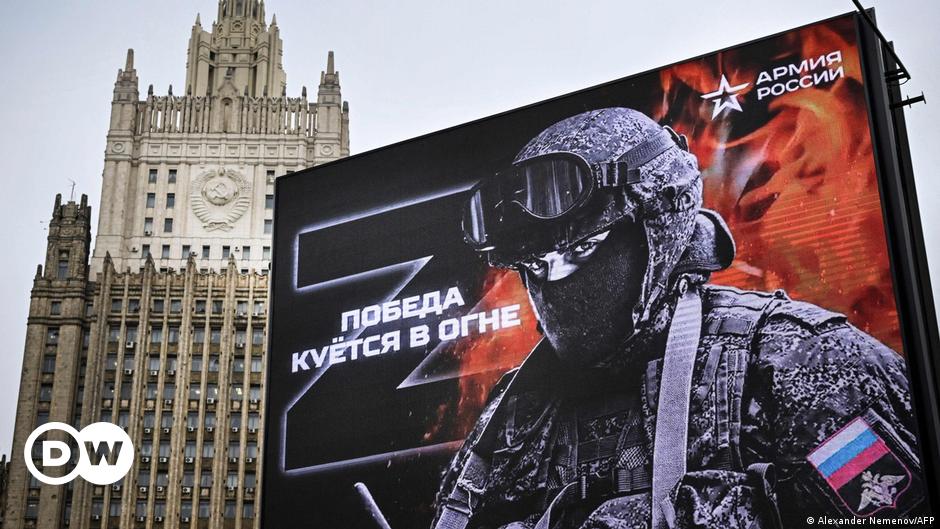 During the fourth week of Russia’s partial mobilization, which began on September 21, Russian President Vladimir Putin announced that it would soon be over. However, he did not give a specific date at this time.

Recruitment offices are closed in Moscow, but remain open in other parts of the country. According to official figures, 300,000 citizens are to be drafted into the Russian army, and Putin said 222,000 have already been called up for the war in Ukraine.

Many of the men who went into hiding in September to avoid conscription have since left Russia, some leaving their wives behind. Three women told DW how they coped. To protect them, their names have been changed.

Daria, 25: the feeling that “everything is on fire”

Until recently, Daria, an editor from Chelyabinsk in the southeastern Urals, had no interest in politics at all. “I couldn’t figure out what was fake and what was real,” she said. She felt the war was a disaster and tried not to think about it, just blocking out the issue. But when the partial mobilization began, Daria was afraid for her husband Alexei. She studied the laws and the couple decided they had to leave the country.

As he does not have a passport, the plan was to go to Kazakhstan, where he could live without travel documents. For nights before she left, Daria couldn’t sleep. She took care of all the preparations, including her papers, looked for an apartment for her husband and found the best border post to use.

Alexei followed his wife’s plan and crossed the border safely. He settled in an apartment in the Kazakh capital Astana, where he found work as a photographer. “In terms of work, contacts and prospects, things are even better there than in Chelyabinsk,” Daria said.

She continues to help her husband from afar. She ordered pillows, a blanket, bedding and a kettle for her new home online and sent a box of warm clothes. The internet does not work well at Alexei’s in Kazakhstan, so there are no regular video calls.

In the meantime, Daria has applied for a passport and plans to join her husband soon. She fears that the Russian authorities will close the borders due to the imposition of martial law in the Donbass. “I don’t even want to think about the fact that I’m here and he’s over there. It’s very hard and sad. We have a great relationship, we’ve been together since 2017,” she said, adding that the way things are right now, she’s glad they don’t have kids yet.

The young woman is worried about her parents, who live in Chelyabinsk. “They are patriots, I can’t change my mind because they still have to live here,” she said, adding that all the problems her husband is facing can be solved in Kazakhstan. “Here, it feels like everything is on fire.”

Olga, 32: “Our son does not yet understand where his dad is”

When Putin ordered a partial mobilization, Olga, from Murmask in the far north, immediately thought the authorities would call everyone who was able-bodied. She and her husband Artyom decided that he should leave the country. His family was not happy with the decision, but did not intervene. Artyom’s mother has a house in the Donetsk region, which she wants to become Russian, but with minimal losses. Artyom’s father thinks his son should have gone to war.

Olga helped her husband with everything that needed to be taken care of in Murmansk. “We had to talk to the family and raise money for the trip. We looked for tickets, but there were none,” she said. “Artyom packed his own bag, he knows a lot about traveling – he took a backpack, sleeping bag, warm underwear, first aid kit and food.”

Artyom left Murmansk on September 27 for Kazakhstan, which he reached after two days. At the time, he didn’t know if Russia would close its borders. “It’s good that he’s gone, at least now I’m not worried about them catching him and taking him back,” Olga said. Her husband now has a residence permit in Kazakhstan. He and other men he traveled with share an apartment in Almaty. For now, Artyom is looking for opportunities to start his own business.

The couple have a four-year-old son and it’s the first time the family has been separated for so long. Parents always make important decisions together, via Messenger. Due to the poor internet connection, video calls are rarely possible, so they record videos for each other. “Our son still doesn’t understand where his father is. When he sees him in videos, he cries and then he wants to talk to him,” Olga said. “He misses his father.

To view this video, please enable JavaScript and consider upgrading to a web browser that supports HTML5 video

Olga, a kindergarten teacher, continues her daily work. “Despite all the terrible news, you’re in a daily rut,” she said. She wants to join her husband, but she finds it difficult to give up her life. “My husband and I have talked about selling the apartment, but I’m not ready to do that. I don’t know what would have to happen for me to give up everything and leave. It would probably take a rocket to hit here first, so I would probably run away immediately,” Olga said.

Elena, a psychologist, lives in Arkhangelsk in northern Russia. When news of the partial mobilization broke, she and her husband decided that he and their son should flee to Armenia. The couple’s son was discharged from the Russian army in the summer after completing military service and is a university student. “When the mobilization comes, he will be among the first. I don’t want to risk my son’s life and health,” Elena said.

When war breaks out, Elena’s husband works remotely for the company which sets up shop in the Armenian capital, Yerevan. So it was clear where he and their son were headed – they just had to get there somehow. Elena was afraid that they would not be able to leave Russia before the borders were closed, so they left for the Georgian border on September 24.

At the time, Elena was a kind of “logistics center” for her son and her husband. “Before that, I was depressed, but when solutions presented themselves, it gave me energy,” she recalls. Her husband and son managed to cross the border in a single day, which Elena says has become a family legend.

Now her husband and son are moving to Yerevan and getting used to Armenian cuisine. Money transfers can be difficult and it’s unclear how her son will continue his studies at a Russian university. Despite the separation, Elena feels better. “They are safe now. Bad things don’t happen to our family, but to our country,” she said, adding that the family is adjusting and these challenges will not break them but make them stronger. strong.

At the end of October, Elena plans to visit her husband and son and bring them warm clothes. She does not yet plan to move to Yerevan herself, as she is active in Arkhangelsk society and would like to continue to stay there as long as possible.

Regarding women who send their men to war, Elena says that they think “this war is like the Great Patriotic War”. Women in Russia are at less risk than men, she said. “We can take the place of men and make decisions that can affect a change in the politics of the country. But women cannot stop the war.”

This article was originally written in Russian.