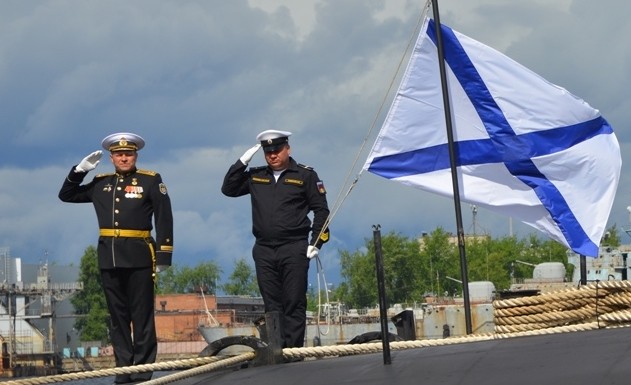 an official Press statement posted by the Sevmash submarine yard on Friday said the “Belgorod(K-239) is a “research submarine”. In fact, the ship is built to carry one of the craziest weapons of mass destruction mankind has ever seen: the Poseidon, an autonomous nuclear-powered underwater drone that can carry its nuclear payloads from the depths. , at distances such as crossing the Atlantic or Pacific Oceans.

Commander-in-Chief of the Russian Navy Admiral Nikolai Evmenov said: “.. this is an important day for us” because “… advanced achievements of science and the latest construction technologies have been applied “.

Highlighting the research and scientific work that can now be carried out by the Russian Navy in the world’s oceans, the statement also adds that the submarine can be used for search and rescue operations in deep waters as it carries vehicles unmanned autonomous submarines.

Nothing in the statement mentions the purpose of the Poseidon drone weapon.

As the United States developed a ballistic missile defense system, Russia began to develop a deep response capability. The Poseidon is a torpedo-shaped vehicle 24 meters long with an estimated range of 10,000 km and can travel at a speed of 100 knots to a maximum depth of 1,000 meters. It is powered by a small nuclear reactor and could be armed with a one-megaton nuclear warhead.

The submarine is likely to carry six Poseidon drones. The sub also serves as a mother ship for miniature deep-diving nuclear submarines, such as the infamous Losharik, a mini-sub that caught the world’s attention in July 2019 when its batteries caught fire. and that all 14 officers on board are dead.

There “Belgorod“is built on an extended hull of what was originally supposed to be an Oscar-II class multi-purpose submarine, a sister ship to the unfortunate”Kursk” submarine that sank in the Barents Sea during a naval exercise in August 2000. The hull of the submarine was laid down in 1992, but it was first twenty years later, in 2012, that the Department of Defense decided to use the hull to build this giant special-purpose ship.

With a hull stretched from 29 meters to 184 meters, this one-of-a-kind vessel is longer than the world’s largest submarine, the Soviet-built Typhoon class.

There “Belgorodwas launched in April 2019 and sea trials began in the White Sea last summer.

No public statement is made about where “Belgorod» will be based for the period when it will be in experimental operation with the Northern Fleet; Severodvinsk where the development of the Poseidon drone is headed, or in the bay of Olenya on the Kola Peninsula where the other special submarines of GUGI, the main Russian directorate for deep sea research, are based.