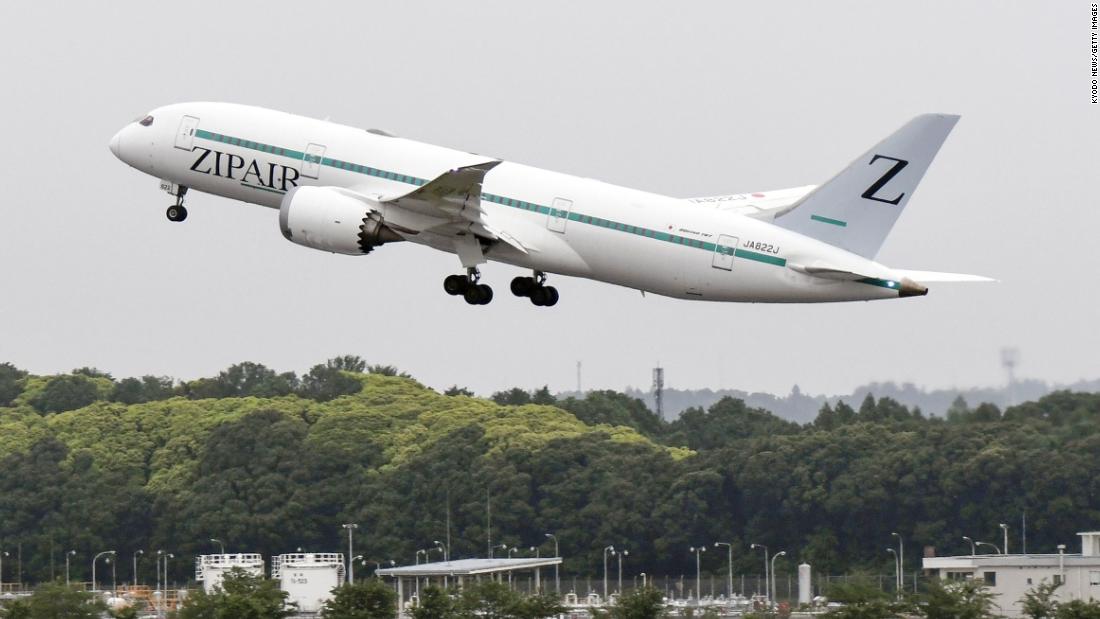 (CNN) — As Russia’s invasion of Ukraine nears the four-month mark, an airline has announced plans to change its livery amid passenger fears its current appearance could suggest it supports the invasion .

Tokyo-based Zipair – a low-cost subsidiary of JAL, Japan Airlines – has announced that it will remove the “Z” from its fins from June 18, replacing them with a geometric pattern of stripes.

The overhaul was originally planned as a pre-invasion overhaul, to mark Japan’s easing of its pandemic travel restrictions, and was showcased at a press conference announcing the airline’s new route from Tokyo to San Jose, California.

The new Zipair design will be rolled out immediately.

However, Shingo Nishida, president of Zipair, revealed at the press conference that Zipair customers have already been in touch with the airline, expressing concern over the airline’s existing logo, which has been in use since 2018.

Russia used “Z” to symbolize a putative victory in their invasion. The letter was spray-painted on tanks and ground uniforms, and those who support the Kremlin used it to publicize their support.

Russian gymnast Ivan Kuliak was banned from competition for a year for taping a “Z” to his chest during the Gymnastics World Cup in March.

“I think some people might feel that when they see it without any explanation,” Nishida said.

A Zippair spokesperson told CNN, “We can confirm that we have received a number of customer feedback regarding their feelings towards the design of the current livery. As a public transport company, we are aware that the letter in question has been shown on several media channels globally and how the design can be viewed in a negative way.

“Although customers recognized and understood that our logo was created in 2018, i.e. before the current situation, they shared their concerns as a way to show their support for the airline.

“Our President pays attention to customer sentiment and reads general customer feedback directly as part of his routine.”

The airline is taking swift action to transition to its new livery. Instead of gradually repainting the fleet, Zipair planes will have their ailerons covered in decals from June 18. The planes will then be gradually repainted, starting in December 2022 for a completion date in spring 2023.

The spokesperson continued: “As several countries begin to reopen travel borders, including Japan, Zipair has taken the decision to renew our livery to show our commitment to being a low-cost option for international flights. long-haul is possible and with the introduction of the facelifted livery, the carrier is committed to continuing services that meet the needs of diverse customer groups around the world.

“For an airline to remain viable in a highly competitive industry, we believe we must continue to adapt to change and that is why we have taken the decision to introduce a new livery.”

Zipair’s new nonstop route between Tokyo and San Jose, Calif., is scheduled to begin in December.